How Manufacturers Can Use Their Digital Marketing Data | Episode 015

Want to learn more about Barbara? Follow her on Twitter or shoot her an email at [email protected]!

In today’s episode, we’re going to answer a simple question.

I HAVE DIGITAL MARKETING DATA. NOW WHAT?

Originally from South Africa, Barbara moved over from the field of public relations to marketing almost seven years ago. She joined up with Eagle Technology when they arrived in the US eighteen months ago.

When Barbara came onboard, Eagle Tech had a CRM that simply piled all leads and customer accounts – both old and new – together.

They had spreadsheets full of contacts, but no applicable plan to use or even organize them.

The company was focused on some financial data like incoming revenue, but nothing else. To make matters worse, many of the contacts they had were from purchased lists that were old and “dirty.” Using expired “black market” data like that could easily get a company blacklisted by modern spam and security systems.

“It was just a mess,” Barbara recalls.

“Where do we go from here? We’ve got all this [digital marketing data], we have the ideas, but we have no method of moving forward.”

1: ANALYZE WHAT YOU HAVE.

Once Eagle Technology decided it was time to do things differently, they sat down with a digital marketing agency and plotted out exactly what they wanted to get out of the change. It was important to them not just to have analytics…they also needed to know how to use digital marketing data.

Just having a CRM wasn’t enough.

Since everything is data-driven now, the company had to take their digital marketing data into account. However, they also looked at the goals of the sales team, too.

“Our marketing goals have to align with the sales goals. Because at the end of the day, your marketing is sales.” 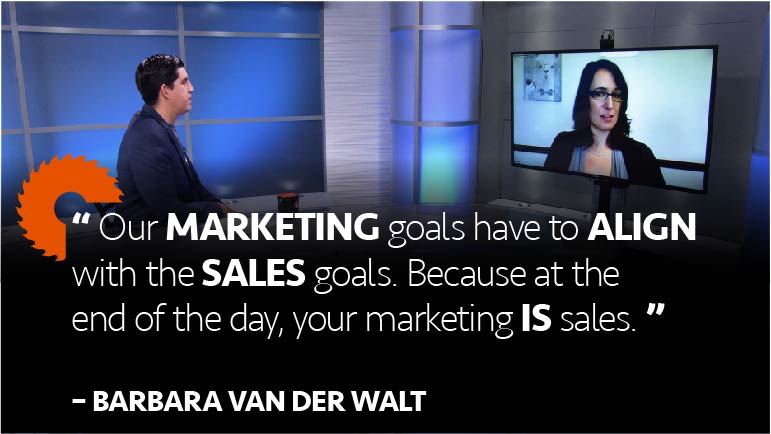 As it happened, the data that they got from the sales pipeline turned out to be invaluable to the marketing team.

That information helped them see that previous leads which the marketing team had considered “credible,” never actually went anywhere when they were passed on to sales.

Finally they were able to see which leads had actually turned into buyers. It redefined their definition of a hot lead.

The deeper the team got into the research, the more they learned that the leads from their purchased lists were already getting bombarded by the list vendors. So, that by the time Eagle called, those customers had no interest in any sort of marketing pitch.

“Looking at that [data], we were like, ‘Okay, we’re spending money on that, and it looks really good on paper. But it isn’t going anywhere.’ ”

And that wasn’t the only realization that the marketing team had as they got into the weeds. Google Analytics showed that their web traffic was very high. However, as it turned out, the majority of visitors to their site were around the age of eighteen. Not exactly the final decision makers in B2B transactions.

“Oh, we have all this traffic! Well the question is, is it the right traffic?” 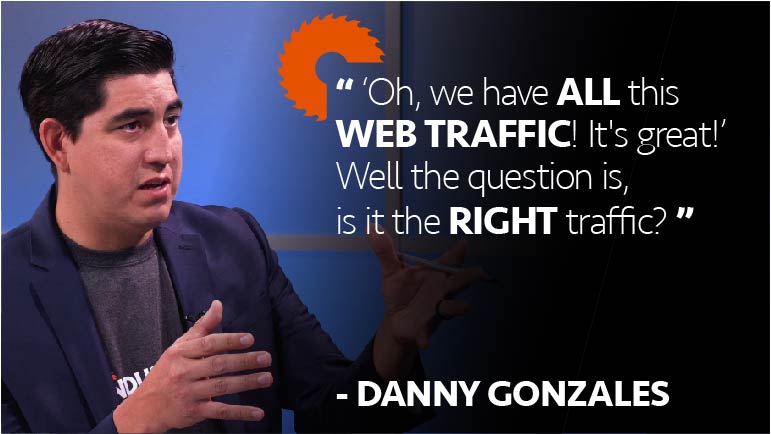 As they looked at their digital marketing data for the year and prepared for 2018, they noticed that their re-brand had brought in more leads. Unfortunately, they also noticed that the leads were of the same quality as before.

Uncovering this information helped Barbara and her team to realize that they had been promoting the wrong thing. They’d been pushing the bells and whistles of their products that competitors didn’t have…but they weren’t actually addressing customer needs.

As they brainstormed ways to present their own message, inspiration struck recently at a trade show. Barbara saw an ad by Duke Energy about saving money by switching to better light bulbs. It said simply, “Sell 15,000 bushels of peaches. Or switching to LED lighting. Same results, your choice.”

Barbara was inspired. That message put action into the hands of the customer by asking whether they wanted to save money or not. 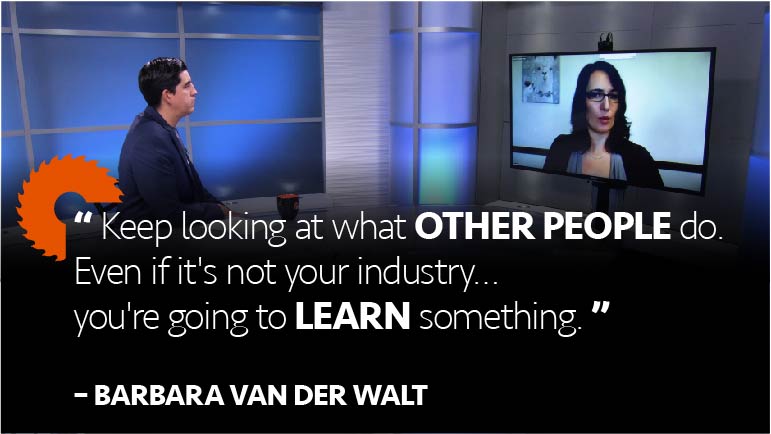 “Keep looking at what other people do. Even if it’s not your industry…you’re going to learn something.”

Of course your marketing strategy is a guide; but that doesn’t make it set in stone. You need to pause every now and then to look up and see where where you are, so that you can change your plans where necessary.

Many times, Barbara’s day starts by looking at the past year’s revenue so that she can see which campaigns have been successful and which ones may need adjustment.

“I think the big thing – and it’s hard and it’s time-consuming, but it’s worth it – is, we have once-a-week meetings with the sales team. And then once a week I have a meeting with the digital marketing agency.”

Meeting with the sales team is vital, Barbara says, to Eagle Tech’s marketing evolution. “They work with the customers. They know what the challenges and needs are.” 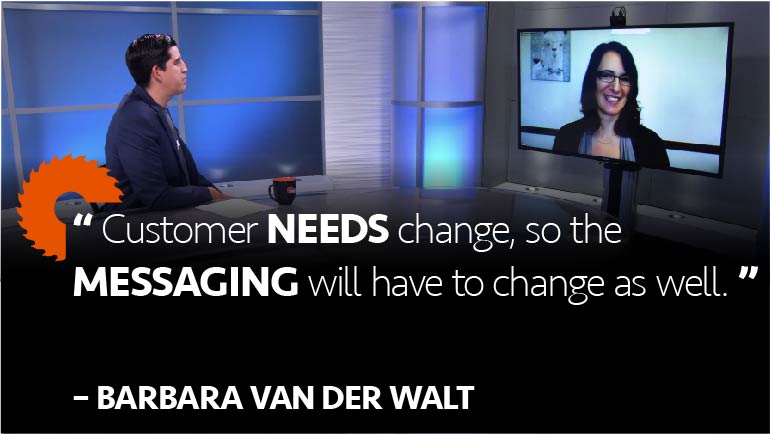 The digital agency used by Eagle Tech is just as invaluable, too. Yes, there are sad stories about bad agencies out there, but Eagle Tech has had a great experience with their agency thus far. It’s been very helpful in managing what they might not have otherwise been able to comprehend on their own. Just measuring social media on a weekly basis could be a full-time job.

As far as advice to companies with low digital marketing data or even an untouched CRM, Barbara recommends Google Analytics – with FastBase plugged in – to identify and track your visitors as well as what companies they work for. That way you can build a proper, targeted emailing list.

“It’s a little bit more legwork, but you can get a lot more quality from it.”

But don’t stop there.

“If you don’t have a CRM system, get one as soon as possible… Otherwise, when the leads leave the marketing department, where do they go?”

Your CRM doesn’t have to be a fancy system, either. If the software is simple enough to give you the information for concrete solutions that you need, then stick with it for as long as you keep growing.

“You can’t manage what you don’t measure.”

Take a look what you have already, and where you came from. Then you can move forward.

Why Cybersecurity for Digital Marketers is Especially Vital | Episode 014

Training Distributors Is a Value-Add for Industrial Marketers | Episode 016