with Mo Bunnell of Bunnell Idea Group; author of best-seller, "The Snowball System"

And we’re not just thankful for Mo because he agreed to join us on the show, either.

Mo’s training and expertise have helped our own sales department pivot more effectively in response to our own prospects, and we learned how to increase revenue using thinking profiles.

Mo’s first inking that he was unique started when he was going to school to be an actuary, but also joined a fraternity and was crowned homecoming king.

For most people in his major, calling that turn of events “uncommon” would be a gross understatement.

In essence, Mo has always had one foot in deep expertise, and one foot in people skills. That’s why he wrote his book, to help experts bring in more business by improving their social habits.

So many professionals, like engineers, take ten years or more just to learn their craft…but once they’re ready, they still need to find buyers.

The Snowball System shares Mo’s experiences and findings as he reveals and applies HBDI thinking profiles (and other models) in the world of sales.

In fact, there are over 30 studies cited in the back of the book.

As Mo explained to us during his interview, at some point before a sale two human beings have to interact. This interaction can sometimes make or break the sale. Why?

Sometimes a sales representative may exhibit or push different priorities than a buyer.

There are four ways that people think, according to the Whole Brain® Thinking Model developed by Ned Herrmann and Roger Sperry.

The concept is somewhat similar to DISC or Myers-Briggs profiling, and it centers around an individual’s priorities. 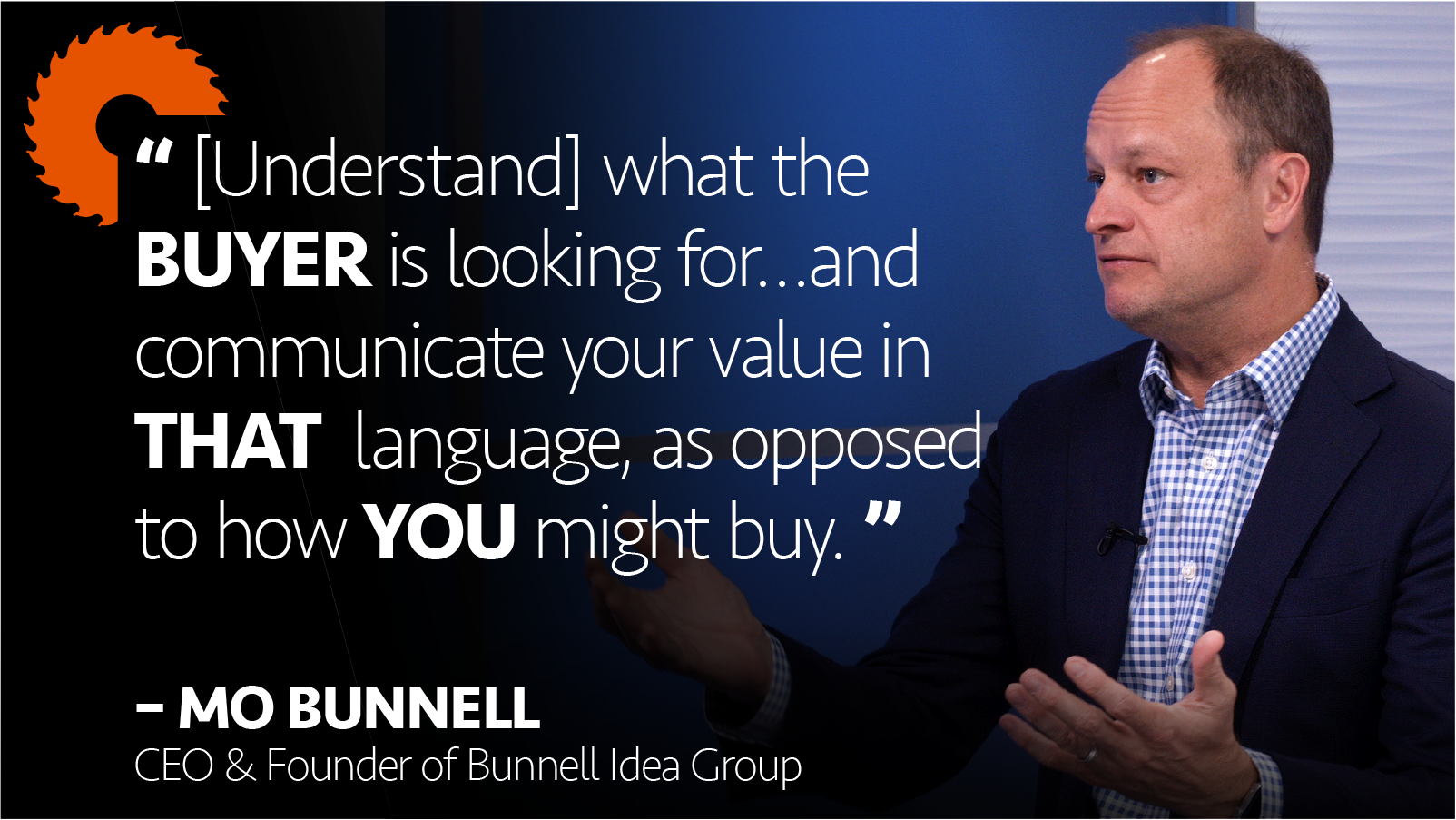 “[Understand] what the buyer is looking for… and communicate your value in that language, as opposed to how you might buy.”

Optimum Productions actually got to attend one of Mo’s three-day training courses back in February, and it really helped us identify better ways to communicate with our clients and prospects.

In fact, the day before Mo’s interview, we were attending a business meeting with a new buyer. We were prepared to cut to the chase and talk business – but we quickly realized that this client cared more about getting to know us as individuals first, so as to build a genuine relationship.

The HBDI model is loosely based on the actual structure of the brain – not just the right and left (intuitive vs. rational), but also front and back, which are intellectual and instinctive, respectively.

The grid between these sections creates four thinking profiles.

A person’s thinking preferences may be 1) Analytical, 2) Experimental, 3) Practical, or 4) Rational.

These profiles show the difference between those who value innovation, versus those who are diligently practical; those who prefer facts, and those who pursue feelings.

3. PRACTICAL APPLICATIONS OF THIS MODEL

Understanding these thinking profiles, in the world of sales, may drastically change how you discuss money or ask for next steps in a partnership.

They may also reveal the reasons why sales have been lost in the past.

Not everybody thinks the way you think. Once you realize that, you’ll learn how to better communicate, which means you’ll be more likely to increase revenue using thinking profiles than you might have without them.

Other studies covered by the book are just as telling. For example, a study by Cornell and Western University revealed that people who are asked for a favor face-to-face are 34 times more likely to comply than if it’s asked in an email.

In-person interactions are powerful…even for those of us who are shy or who haven’t planned out the interaction yet.

But planning out that interaction is vital to getting results.

In addition to the HBDI model there’s the “Ikea effect,” as studied by Harvard. People like to buy what they help create – and it also sells for far more when they’ve helped to create it. So maybe instead of telling your clients what you’ll do for them, tell them what you can both do together.

When a prospect requests a proposal, the last thing you want to do is shut yourself off to produce a proposal apart from them as quickly as possible. You should keep in touch with them and take baby steps to make sure they’re onboard every step of the way. 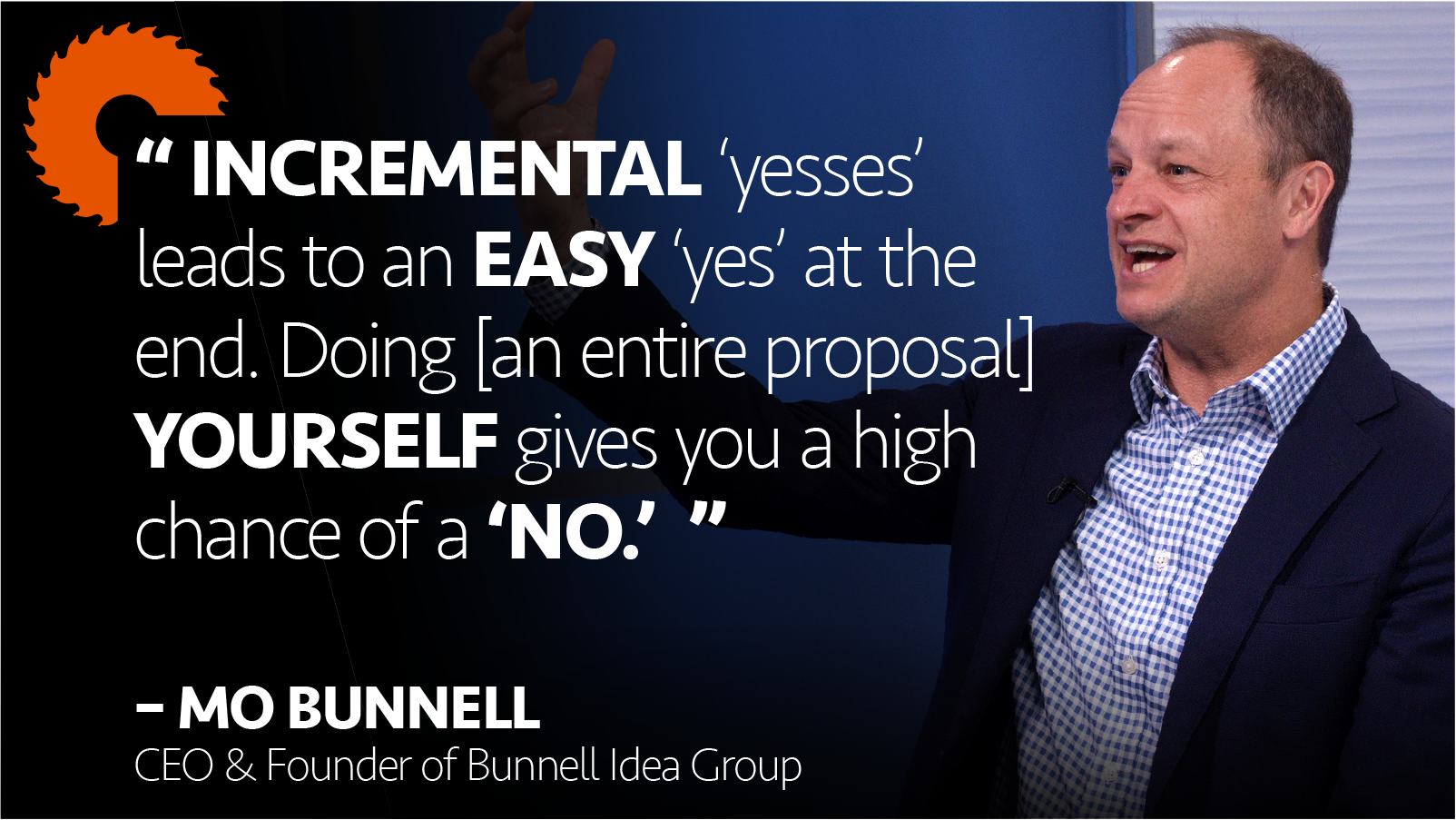 “Incremental ‘yesses’ leads to an easy ‘yes’ at the end. Doing [an entire proposal] yourself gives you a high chance of a ‘no.’ ”

When there’s a long buyer process, you can definitely push a sale too early. That’s why you shouldn’t be focused on a quota: you should be focused on the long game. You may want to instantly increase revenue using thinking profiles, but things may not happen that fast.

5. THE SEVEN STEPS AND MORE

Once you know where you stand with your customer…you’ll know what to do next to improve the relationship.

And then there’s the “Give to Get” mentality, which is about why you shouldn’t hesitate to provide something that, while it takes effort on your end, may show any of the four thinkers that you’re serious about investing in them. That gift may be a strategy session; a process evaluation; an analysis or proof of ROI and value; or a networking session. 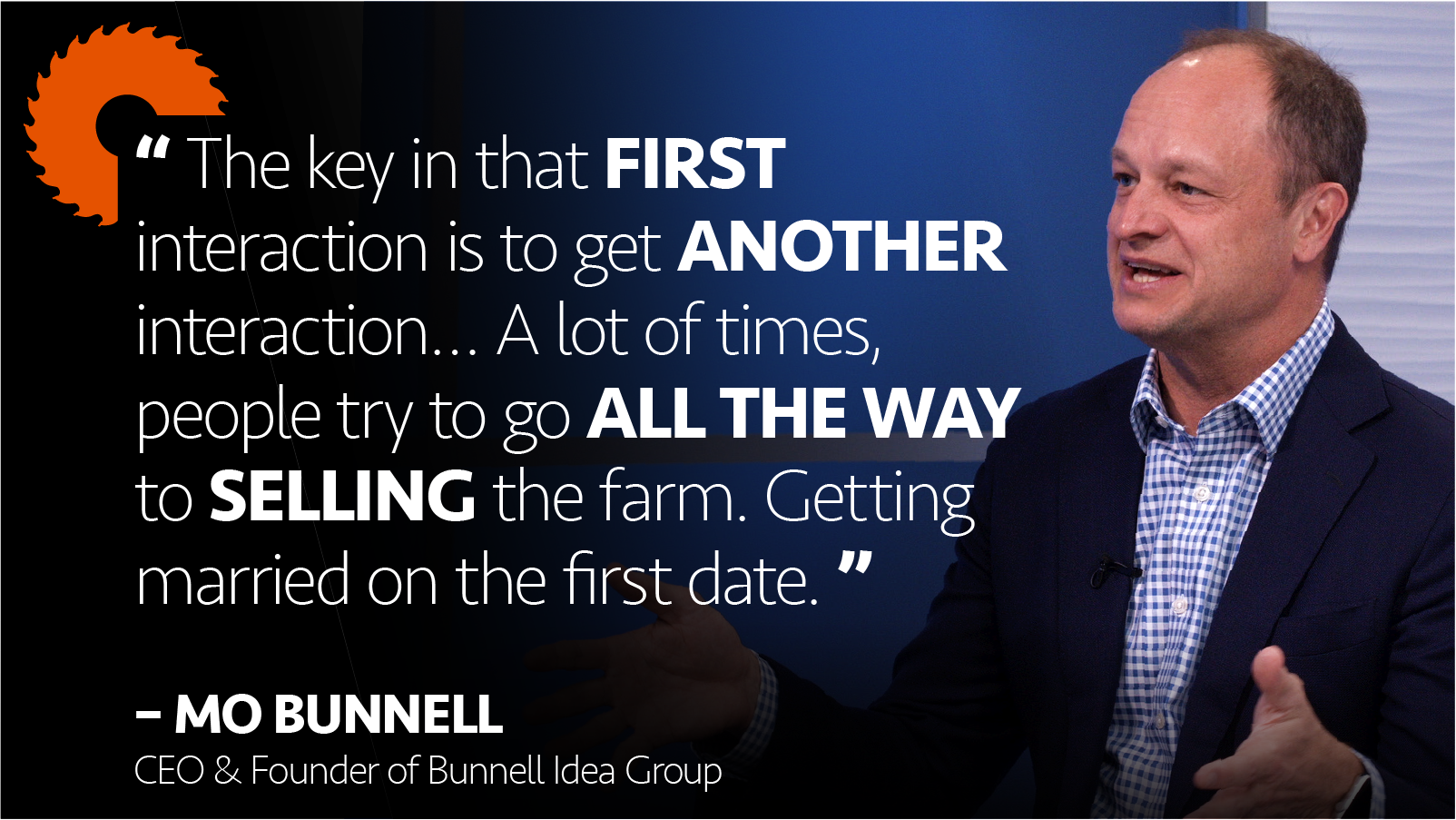 “The key in that first interaction is to get another interaction… a lot of times, people try to go all the way to  selling the farm. Getting married on the first date.”

Upon recognizing a hot lead, the key to that first interaction is to get a second interaction; not jumping straight to the sale.

Because contrary to what you may have been taught, not everybody is going to be a sale.

But everybody could become a referral.

Once you provide that second interaction (whether it’s the strategy session, the networking session, etc), a spirit of reciprocity will have been born.

Provide value and a taste of working together to motivate the client to request the sale.

How to Target Specific Manufacturing Prospects with Digital Marketing | Episode 064