As our team staggered back into the office this week, filled to bursting with Thanksgiving goodies, we were reminded of a recent client of ours…a turkey company, in fact.

We were able to take one day of filming for our client, and turn it into 75 pieces of content!

Talk about killing two birds with one stone. Not only did we create all those materials for The Great American Turkey Company, but we also made sure to plan videos optimized for social media platforms where they would be displayed! 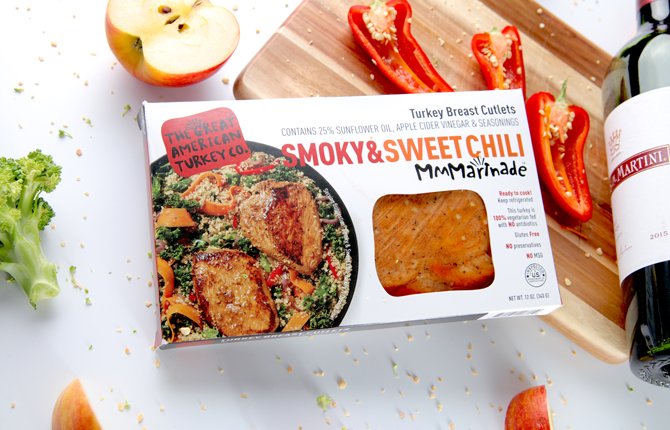 How on earth did we do that, you might ask?

Everyone knows video is huge. We knew social media was huge. And we especially knew that recipe videos, a la Tasty and Buzzfeed, are some of the most popular pieces of content out there.

So how better to advertise for a turkey company, we thought, than to create recipe videos featuring their product? And that’s what we started to plan.

Instagram’s bold move would promote video content that was created with phone screens in mind: with a 9×16 aspect ratio, instead of the standard horizontal 16×9.

This revolutionary development in screen-size made us look closer at the social platforms where we wanted to release our videos.

We realized we needed to create multiple versions of each video, each with a different format based on the platform where it would be released. 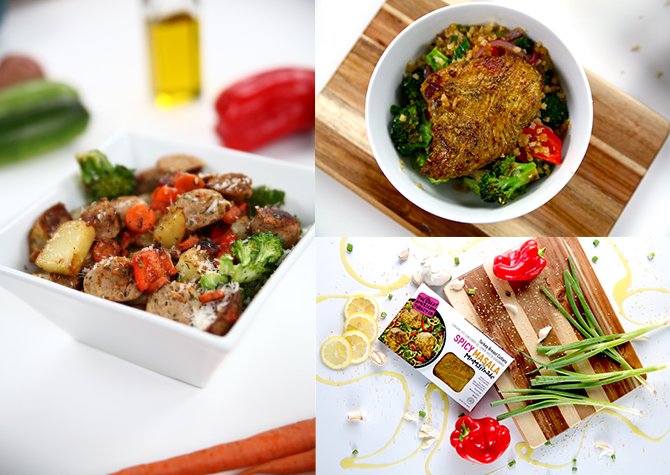 Having that knowledge ahead of time was crucial, and so we made sure to plan the video-shoot entirely around our target audience’s viewing habits.

We shot the recipes in a vertical, 9×16 format…but we also made sure that the shots could either be rotated or shrunk to still appear well-composed in other formats. 1×1 for Facebook, and 16×9 for almost all other platforms.

3. WE PLANNED TO MAXIMIZE THE DAY

You know what other materials you can get out of video footage? Photos.

Since we would already have the cameras and dishes on hand, we decided we might as well collect photos from the studio shoot as well.

So not only did each video come in three different versions based on screen orientation…we also got countless still images, both from a photographer and from freeze-frames within the videos afterwards.

That’s over six-dozen assets for the price of one shoot day!

If you have a solid strategy, video will be your BEST tool for sales and marketing. You’ll just have to do some thinking and research beforehand.

4. THIS APPLIES TO TRADE SHOWS, TOO.

In case you were wondering, social media isn’t the only place where aspect ratios and strategizing apply. Trade show videos require just as much preparation as when you plan videos optimized for social media.

Optimum Productions has made trade show videos before that were intended for a very different screen shape than the traditional 16×9.

We’ve made videos for a 4×3 grid of of nine stacked tv screens; and an ultra-wide video that was projected on three screens, almost Imax style.

Knowing the screen shape was vital to the video’s creation. And of course, aspect ratio is only one of many factors.

Do your trade show videos have open captions visible on the screen for passersby?

If not, they probably should. Not everybody can hear a booth’s video in order to understand its content, especially if they’re far away. You need to make their viewer experience as easy as possible.

In short, whatever video you plan to use, know where it’s supposed to go; so you can plan its shape and other features up front before it’s ever shot.

That way, you’ll be able to kill far more than just two turkeys with one stone.

Thanks for reading. Don’t forget to subscribe to our newsletter to get every new episode, blog article, and content offer sent directly to your inbox. You can also subscribe wherever you download podcasts so you can listen on the go!